The Water of Life | A Whisky Film

Mash & Drum Presents an Exclusive Evening with The Water of Life + Bruichladdich Distillery.

Join Jason C for a VIP evening, including:

AND… if you’d like to try some of the drams featured in the film, click here and use this promo code (BRUEVENT10) to get 10% off some of the lovely Bruichladdich whiskies from ReserveBAR. 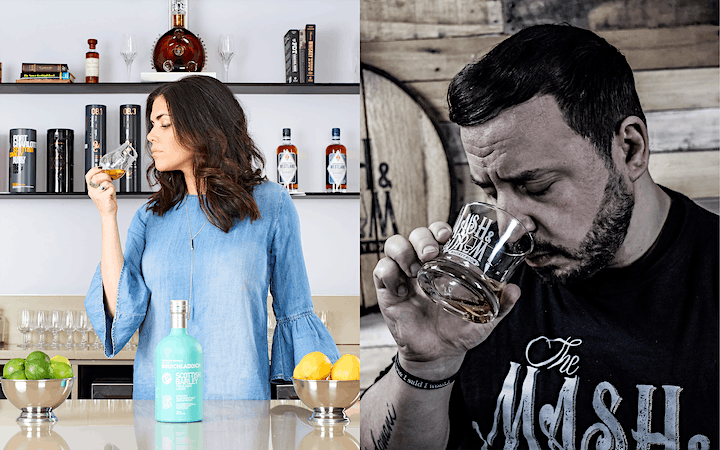 More About The Water of Life – A Whisky Film

The Water of Life – A Whisky Film is a feature documentary that focuses on the craftsmen, chemists, and renegades at the heart of the whisky revolution that turned the stagnant scotch whisky industry of the 1980s into the titan it is today.

Starting behind the locked gates of an abandoned distillery, Jim McEwan and Mark Reynier share their personal experiences of the risk-taking and wild experimentation they used to turn Bruichladdich into a creative and financial powerhouse.

The film also takes you on the journeys of visionaries like Gordon & MacPhail, Billy Walker, Dr. Rachel Barrie and David Stewart, whose mixture of talent, chemistry, hard work, grit, and a little sprinkle of magic paved the way for the next generation of innovators like Adam Hannett, Kelsey McKechnie, Liam Hughes, Iain Croucher, and Eddie Brook.

The Water of Life – A Whisky Film is a uniquely personal perspective on the evolution of whisky by those who lived it – the story of those who played a key part in rediscovering the crafting of the ancient spirit.