This journey began back in October of last year and, though it is far from over, it is about to turn a big corner.

One week from today we’re going to launch an Indiegogo crowdfunding campaign to help finance the remainder of the film.

I’ve never done any crowdfunding before and I have found it both invigorating and exhausting. But it has always been the way forward for this story because we knew right away the story that we wanted to tell. Simply put: we wanted to do for distilled spirits was Chef’s Table has done for haute cuisine.

This is a big moment in the whisky world: there are new distilleries all over the world and the current ones are doubling their output. And we have a front row seat to that boom.

As I’ve written about before, we’ve been given the opportunity to film the most accomplished craftspeople in the business… with virtually no hesitation. And we want our audience to do it with us.

It’s about sharing drams and sharing moments. And that’s not bullshit. Trying a new whisky alone is about 1/100th as exciting as trying it with other people. And if you don’t know those other people, it can make you instant friends.

Thank you for going on this journey with us. It means so much to the creative team behind this film. 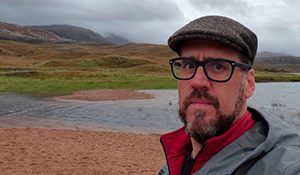