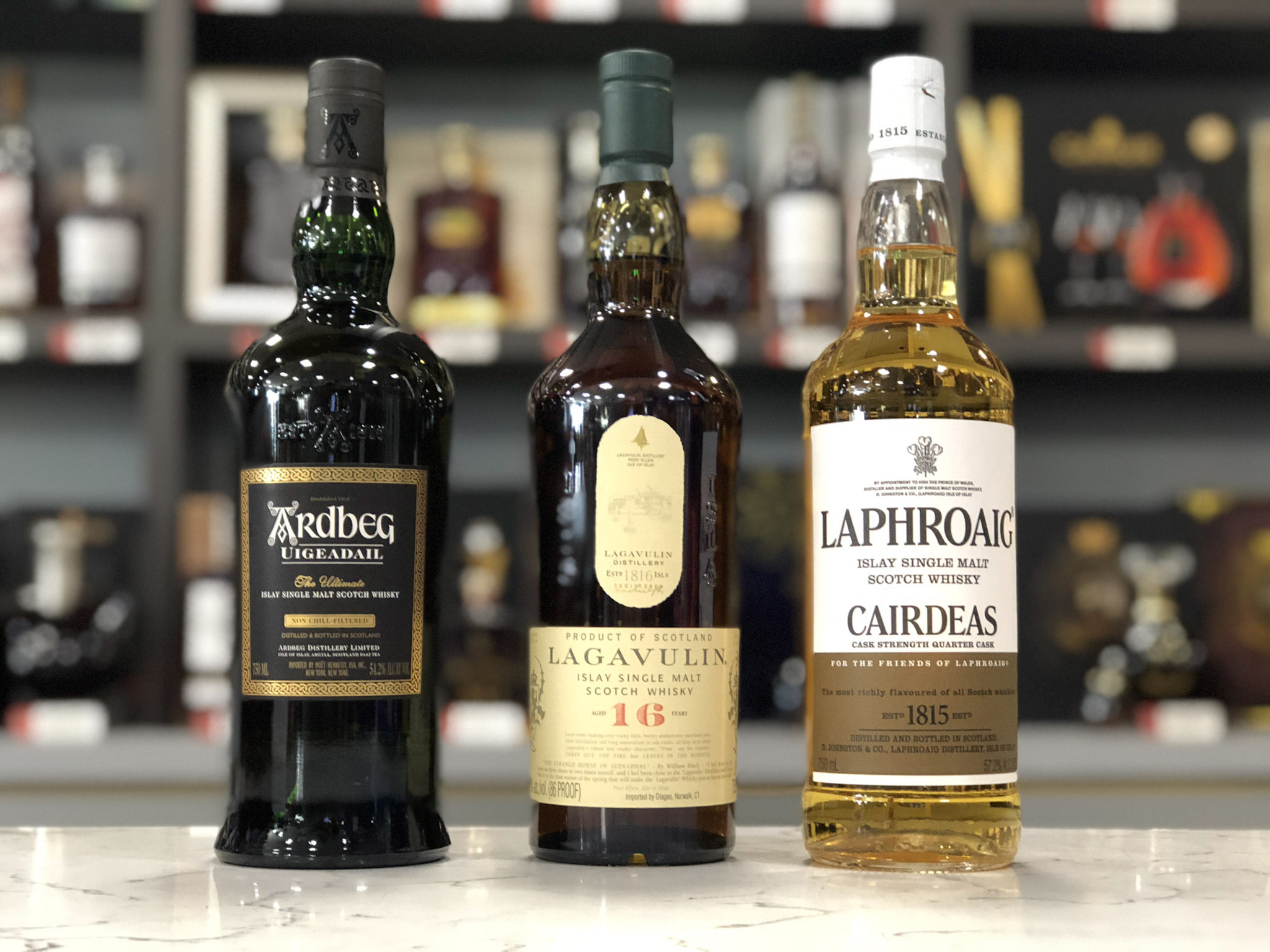 My relationship to peated scotch was like a person you hate when you meet, then somehow you get to know them and they are now like family. In fact, several years ago, a great friend, Dan, bought me an expensive bottle of Laphroaig for my birthday. I felt bad not liking it because I know he put a lot of thought and research into the purchase. At the time, to me, it was medicinal swill that had no business in a glass.

It wasn’t until months later that I began to change. I started to really understand and now actually crave that intoxicating smoky sweetness. A small but memorable tipping point for me was a beautiful Lagavulin 16yr at a bar in Vegas over a cigar.

So, how did I change? At first, I learned how to nose a strong whisky by sometimes breathing through my mouth and nose together instead of just sticking my nose in and burning my sinuses. I then began to be able to visualize and have fun trying to associate what I was finding in the nose to things in nature. For example: a doused camp fire, dried grapefruit, fresh ginger, wet sea shell… Finally, I learned that it is not only OK to add a little water, THAT’S WHAT YOU ARE SUPPOSED TO DO! Which, I would argue, is something most Americans see as just wrong. But in fact, a tiny spoonful of water actually opens up the whisky and changes its complexity so you can identify its personality beyond the alcohol.

In short, as I now find myself on a journey through Scotland to the island of Islay (the epicenter of all of the world’s peated whiskies), I leave you this: peated whiskies are absolutely an acquired taste. Take your time with them, get to know them. Learn about where they come from and the people who make them. By doing so, you might just find a whole new world to explore.

We use cookies on our website to give you the most relevant experience by remembering your preferences and repeat visits. By clicking “Accept”, you consent to the use of ALL the cookies.
Cookie settingsACCEPT
Manage consent

This website uses cookies to improve your experience while you navigate through the website. Out of these, the cookies that are categorized as necessary are stored on your browser as they are essential for the working of basic functionalities of the website. We also use third-party cookies that help us analyze and understand how you use this website. These cookies will be stored in your browser only with your consent. You also have the option to opt-out of these cookies. But opting out of some of these cookies may affect your browsing experience.
Necessary Always Enabled

Any cookies that may not be particularly necessary for the website to function and is used specifically to collect user personal data via analytics, ads, other embedded contents are termed as non-necessary cookies. It is mandatory to procure user consent prior to running these cookies on your website.